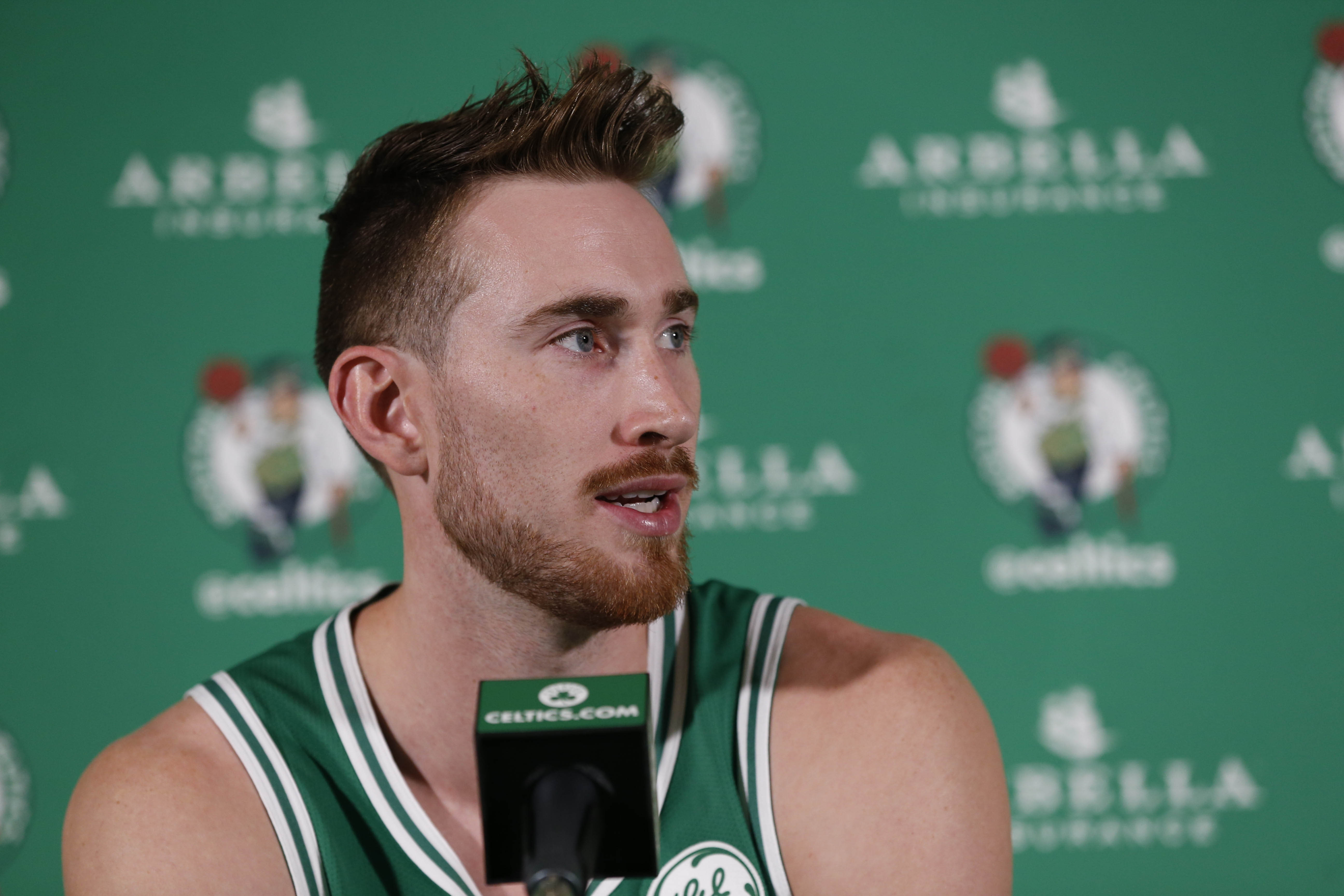 After missing all but a few minutes of the 2017-18 season, Gordon Hayward is set to rejoin Boston’s All-Star team.

Hayward is among the most versatile wings in a league driven by them. Thanks in large part to their surplus of talent at that position, the Celtics were able to push LeBron James and the Cavaliers to the brink of elimination. Whether it was Jayson Tatum dunking on the King, Jaylen Brown dominating both ends of the floor, or Marcus Morris fighting tooth and nail, Boston’s bevy of wings made a name for themselves in the postseason. In fact, Boston was the most wagered-on team at Betstars Pennsylvania, even beating out the home town Philadelphia 76ers.

However, that was then. This is now.

Hayward and Kyrie Irving, who was lost to injury well before the playoffs began, are back in business, solidifying the Celtics as Eastern Conference favorites heading into 2018-19. As long as Hayward is still himself.

Depending on one’s outlook, a year is either a long time, or it’s over in the blink of an eye. A common refrain from The Wire suggests that incarcerated individuals only serve two days anyhow: the day they go in, and the day they get out. But as anyone who has been following the NBA for a few years knows, it doesn’t take long for the league to be flipped upside down. At 28 years old, Hayward is in his prime, set to take home $31.2 million this season and $32.7M next year, with a player option of $34.2M in 2020-21. Gordon’s ability to get back on the horse will, in my opinion, be the most important thing to follow for New Englanders who eat, sleep and breathe basketball. If Hayward rediscovers his immense talents and maintains good health over the course of the season, the transition should be a smooth one.

But if he’s slow to regain his footing, it could put Brad Stevens in an unenviable position. There are obviously no shortage of mouths to feed, in terms of minutes, shot attempts and so on. If Hayward picks up where he left off, or at least makes quick and steady progress toward that, Stevens will be able to sit back and relax (to an extent). If not, it’ll be tougher to sell Tatum, Brown, Morris, Terry Rozier and Marcus Smart on their reduced roles. Sure, the same can be said for Irving, but Kyrie didn’t miss an entire campaign. Hayward is also set to earn over $10 million more than Irving in 2018-19.

Boston is blessed to be one of the rare few teams with one eye on the ultimate prize while the other is focused on building wisely for the future. Nevertheless, if Hayward isn’t as fortunate as, say Paul George, who didn’t seem to miss a beat following his year on the sidelines, the entire outlook of the franchise could all of a sudden be one of doom and gloom. Al Horford turns 33 next June while Irving (who turns 27 in March) will be a free agent. Sometimes a window that appears wide open will close without any warning.

The goal of this article is not to drum up drama or suggest Hayward doesn’t have it anymore. Instead it is meant to acknowledge that Boston’s expectations are suddenly sky high. Anything short of a trip to the NBA Finals will be viewed as a failure for the league’s most storied franchise. Even in a worst-case-scenario where Irving bolts and Hayward is no longer an All-Star caliber player, a new window will surely open. Tatum (who turns 21 in March) and Brown (who turns 22 in October) are still babies by most reasonable standards, while Rozier, who will be a restricted free agent next summer, is perhaps the best point guard insurance policy imaginable.

But the key to Boston’s immediate title hopes and dreams rest squarely on Gordon Hayward. If he is able to recapture what has made him great, the Celtics will have more than enough depth along the wing to challenge the Golden State Warriors for the championship. If he’s not, escaping the East will be far from a given. GPS systems almost never work in Boston, but rest assured the Celtics have their trusty road map (in Danny Ainge’s lap). With (a hopefully healthy) Hayward in tow, where shall they go?